The Wave has opened in Bristol and we popped down on day four to see how Wavegarden’s Cove technology would work for mere mortals, since all the promo clips featured pro surfers.

With sunny skies and 9ºC (48ºF) water, we got in the queue of 15 surfers and waited our turn, which comes around really quickly, since there’s a wave every eight seconds. The pool generates a set of approx 20 waves and word from the instructor who conducts proceedings, is that waves three, four and five are often the best. If you are at the front of the queue, it is possible to surf two waves in one set, if you can sprint-paddle back in the channel beside the central pier, but it is an exhausting exercise! Following a set, they allow a couple of minutes for the pool to settle, before all too soon, the large panels under the pier start their snake-like oscillation and the next set is upon you. There are usually 14-15 sets per session so with a couple of doubles you can ride 17 waves in the allotted 1hr time slot. Doing back-to-back sessions on the left and right is physically challenging and many surfers we spoke to opted to leave a two hour break between sessions to get warm, coffee and maybe a burrito from the on-site van. At the moment, advanced surfers are riding the first two sets on the smaller M2 setting to get acclimatised, before M3 brings some taller waves with a bit more push.

If you are at the front of the queue, it is possible to surf two waves in one set. 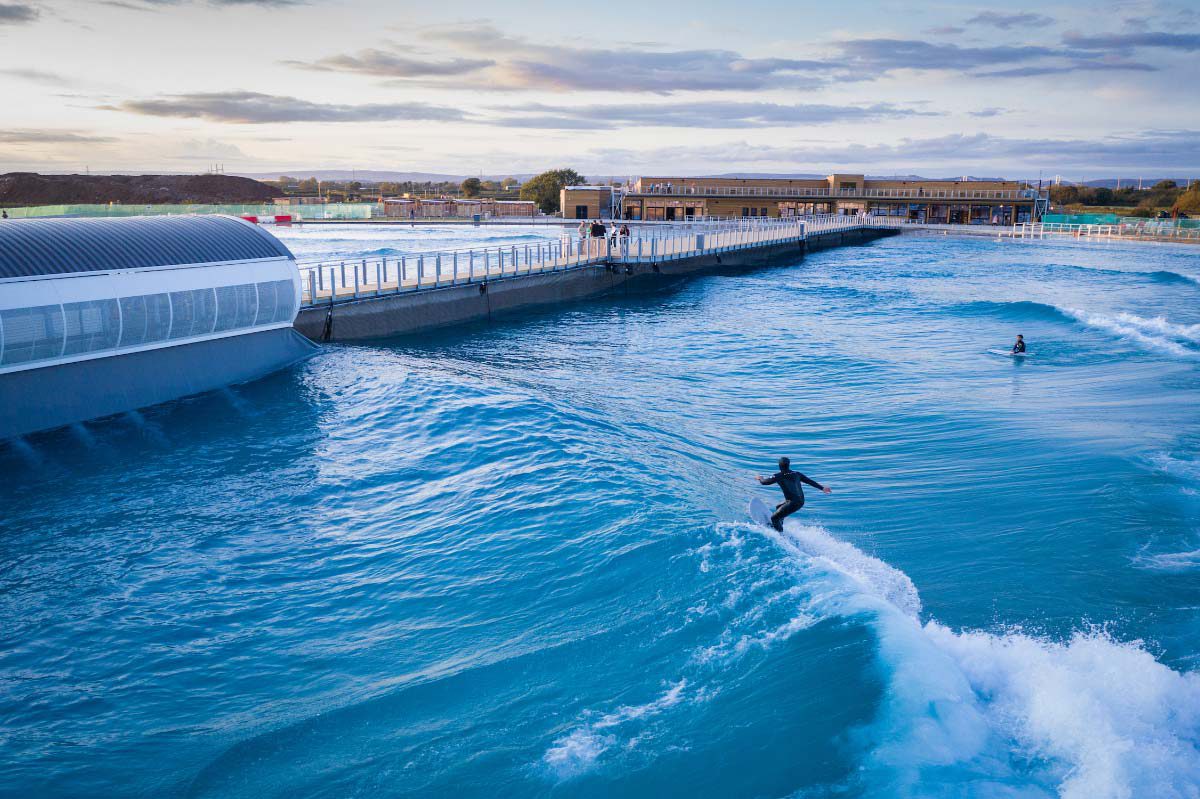 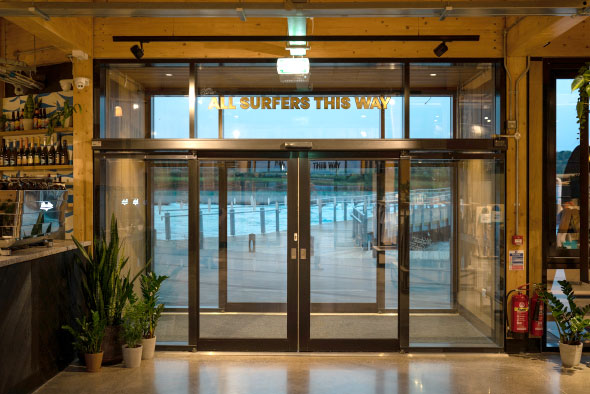 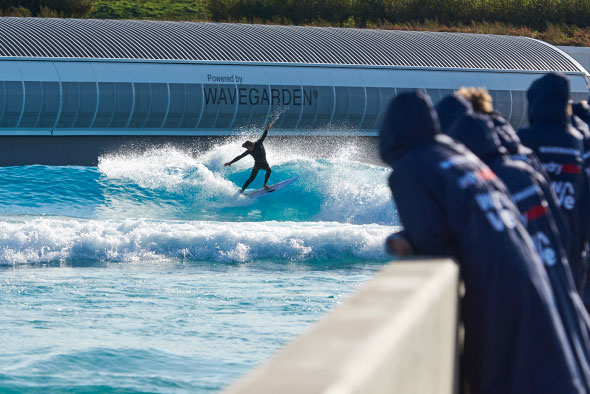 It’s best to have a skatey approach since burying the rail washes-off too much speed.

The take-off is easy if you stay within the red markers on the concrete wall that you must stay tight-up against. Nimble surfers will manage a manoeuvre at the beginning, but what follows is a slow, flat section to negotiate that requires a cutback and keeping speed up for the oncoming middle section. This where the power returns for re-entries or maybe a wonky cover-up under the thin lips. Avoid getting out on the flats, as manufacturing speed on this wave is very difficult. It’s best to have a skatey approach since burying the rail washes-off too much speed. This may not be the case when they finish safety testing the pro-level B2/B3 setting and allow the public to ride the nice barrels we have seen on the promo videos. At the moment the Intermediate section is not up and running yet, but they are working on it. Beginners seemed to be having fun in the whitewash and if you milk the advanced wave you can find yourself surrounded by helmeted newbies on the very inside.

Is it worth the £40 an hour (includes board, suit & booties – not gloves!)? Well just to experience proper surfing in a field is worth the price of admission and inland surfers will appreciate wiping 2hrs off the journey to the coast. In summer the small body of water will heat up nicely so boardies may be doable for the hardy. All surf sessions usually cost something unless you can walk to your local and compared to an Indo boat trip, it is priced quite reasonably. This is the first of many planned around the world so how this guinea pig performs is crucial to other sites being built. Considering the waves are guaranteed, there’s no hassling, you get more waves in a short period than in the sea and only the stronger winds will penetrate the facility, I see no reason (aside from poverty) to not give it a go at least twice (left & right)!

The waves are guaranteed, there’s no hassling and you get more waves than in the sea. 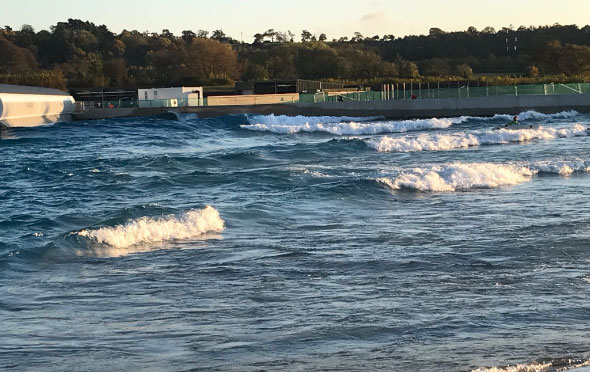 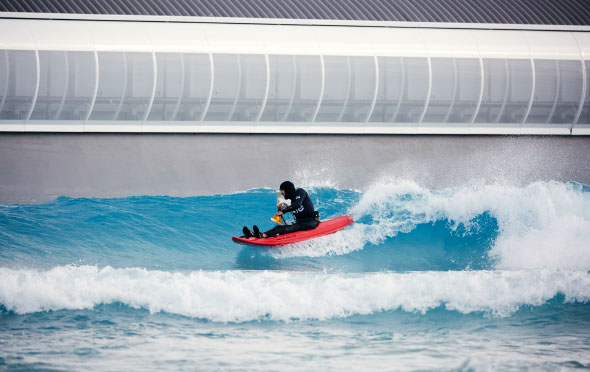